Back in the fall of 2011 I was on a 10-hour plane ride with Finnair, flying from Japan back to Helsinki, when I finished a book I had been reading for a few weeks. It may have been Pico Iyer’s colorful Video Night in Kathmandu, or Rusty Young’s Marching Powder, a novel set in the infamous Bolivian prison of San Pedro that I visited in 2008. I can’t remember for sure.

But I do remember thinking, “I wish there was a book swap at Helsinki Airport so that I could switch this book for another one before my next flight.” And thus I posted this suggestion on the Quality Hunters blog (at the time I was working as one of eight QH travel bloggers hired by Finnair and Finavia):

Much to my surprise, the blog readers liked the idea, as did Finnair and Finavia. The book swap became reality in the spring of 2012! Hurray! It’s located next to departure gate 27, up the stairs toward the Fly Inn Restaurant & Deli. 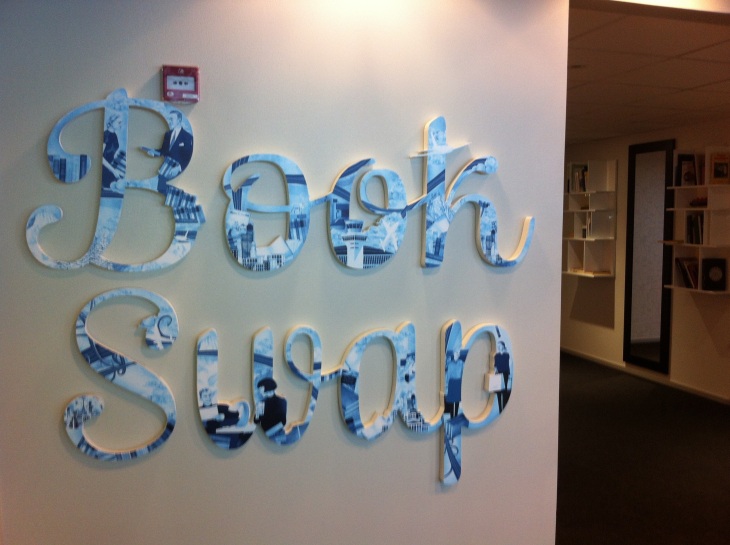 Even though the stylish Airport Book Swap has been around for more than a year, I only witnessed it with my own eyes two weeks ago. That’s because over the past year I’ve merely flown into HEL, not out of there. Luckily now I was at the airport working on a story for Finnair’s in-flight magazine Blue Wings, and I finally got the chance to see my little pet project in real life. Finnair’s own Markku Remes, a familiar face from my Quality Hunting days, showed me the place and I even left a book there. The space was really cute and cozy, it was great to see that it turned out so well! I will definitely go hang out there next time I’m flying somewhere. I hope you’ll do the same if you are ever stopping by HEL!

Have you visited the Helsinki Airport Book Swap? What do you think about the idea? 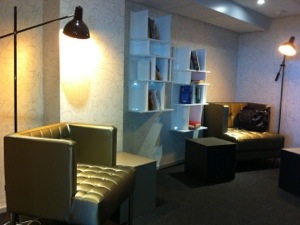 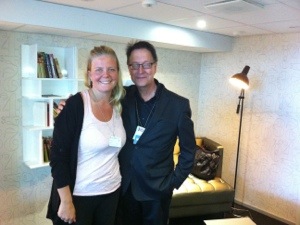 As a reporter, I’m usually on the other side of the pen and notepad, grilling folks with tough questions. But recently the tables turned, as I was interviewed for Eurocircle’s Expatriates-series. To read the Q&A about my life as a traveling writer, click here.

For those of you not in the know, Eurocircle is a social networking group that was started in 1999 in New York by a Finnish lady named Kaisa Kokkonen. “EuroCircle is a free informal community for Europeans, Europhiles & expats,” states the website. Through EC, members can “exchange ideas and contacts & meet people at our events or via the forums.”

I first learned about Eurocircle in 2009, and shortly after that I interviewed Kaisa for an article about the organizations 10th anniversary. Nowadays I go to their various events in New York whenever I have the time. Most recently I attended one of their rooftop parties at Ava Lounge, which was a fun place to check out. So if you are in New York or any of the other cities that EC operates in, check out the events calendar and go mingle!

While traveling around Central America this past winter, my sleepy friend Mira and I visited the secluded and miles-long Los Brasiles beach on Nicaragua’s Pacific Coast. Located on an island near Poneloya, the place is only a 30-minute bus ride and a 5-minute boat trip away from the bustling colonial city of Leon, but feels worlds apart.

The only guest house on the beach is the laid-back Surfing Turtle Lodge,  named after the two things people come to this Brazilian-style sandy playground for: the wild waves and the cute baby tortugas. The latter is what this week’s travel video is about, as we were lucky to witness six baby turtles being released into the ocean during our visit. (After the turtle eggs hatch on the beach, the lodge raises the youngsters in their nursery until they are old enough to fend for themselves against the big beasts of the ocean.) To avoid contaminating the little ones with human smells, we had to wear plastic gloves when placing them down on the sand.

Here’s my turtle – Pete Jr! (The original Pete The Turtle resides in the Maldives, and was named by my 2010 Maldives travel buddy and photographer friend Mariana Keller).

It was truly endearing watching the little fellow battle his way across the beach into his new home (the Pacific Ocean), and that’s what this clip is about. The background music is courtesy of my awesome music producer brother Erkka. The song suits the footage perfectly – is Pete Jr. walking exactly in sync with the beat or what?! Cuteeeeeee. 🙂

Anyone else love turtles as much as I do? They are my favorite animals! Have you seen baby turtles being born? It’s one of my long-standing dreams.

About a month ago I posted a video from crossing the Sahara in Mauritania, inspired by fellow globetrotter Francis Tapon’s 3-year Africa trip. Well, now that Francis is about to enter the The Gambia, it’s only fitting to reminisce about my own visit to the tiny English-speaking sliver of land in West Africa. The country was the fifth and last destination on my West Africa tour last year (not counting my return to Senegal thereafter).

The Gambia is dubbed “The Smiling Coast,” which is funny since it only has about 35 kilometers (20 miles) of coast line. It’s Africa’s smallest nation, shaped like a crooked finger that protrudes into Senegal. Teeny it may be, but it’s still a crowd favorite: this year’s visitor numbers may amount to 180,000. Europeans flock to the Gambian beaches especially from November to March.

Initially I was hesitant to go to The Gambia – I had heard an awful lot about its reputation as a hotspot for female sex tourism. I thought I would need to fight off potential suitors with a stick, and as a solo female traveler, would be a prime target for the bumsters looking for a sugar momma.

Luckily the reality on the ground was much better than I feared. I visited in the off-season, so tourist hassle was at a minimum. Also, for most of my two weeks, I was Couchsurfing with locals and expats. I thus ended up having a pretty different experience to most tourists.

The highlight of my Gambia visit was getting to hang out at St. David Nursery School in Serrekunda, a private school for 3-6-year-olds. The father from my Gambian host family, Abdul, is the principal there, and his daughter Bintou is one of the professors. Bintou brought me along to school with her on three consecutive days, so I got to spend a lot of time in the company of the super energetic students. Whenever the kids saw me,  they exclaimed “Toubab!” (white person) and ran over to hug me. I felt like a movie star. 🙂

This week’s video shows the students going through their morning ritual and studying in math class. With 120 children in three rooms, the noise level at the small school was through the roof. I have no idea how the kids manage to learn anything in that environment, but they all seemed really smart and enthusiastic. Despite not having the best facilities, the were such happy campers. It was quite humbling.

If you’d like to donate money to the school, click here to learn more. The website is run by a German lady who sponsors St. David Nursery.