I probably should have seen it coming. After all, just three weeks earlier I had received an email from my dad that said:

“Be careful. If you keep on traveling, one of these days you will get robbed.”

I guess to him and most other people it seemed inconceivable that I had been roaming the globe for nearly 12 years without encountering any major problems. To me, it seemed perfectly normal and I expected to be able to continue  at least another dozen years without a hitch. After all, I found the world to generally be a safe place and I had my wits about me. 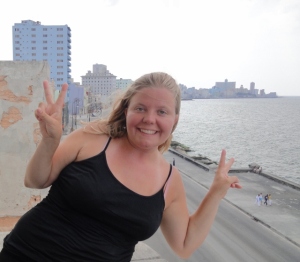 But sure enough, shortly after my dad’s email I got robbed on a quaint tropical island in Guinea-Bissau, namely the tiny town of Bubaque in the Bijagos Islands. And not just robbed – properly punched in the face.

It happened back in March when a big guy attacked me from behind as I passed him at night on a quiet street. The strange thing was that it had only been about three minutes since I had told my friends that I felt totally safe walking home alone.

Since I didn’t want to give up my purse without a fight, the robber decided to let his fist talk to my mouth a bit. Feeling the impact of the hit on my teeth, I fell back and thus the straps of my purse broke.

Off the guy ran with my dear belongings: my brand new camera, an iPod full of comfort music, spare memory cards and worst of all, my journal with two months of travel memories carefully jotted down for future personal and professional reference. What a sad sight that was, seeing him run down toward the beach and being able to do nothing about it. Though the physical and mental wounds have pretty much healed by now, I still mourn the loss of that diary.

While most of my friends were truly shocked by what happened, some people have not been so understanding.

“C’me on, you were traveling in Africa by yourself as a female. You were clearly asking for trouble!”

Well, yes and no. But mostly no.

Yes only because it probably isn’t the smartest thing to walk alone on an eerie street at 10 p.m. anywhere in the world by yourself. That I admit. But Bubaque seemed like the safest place on earth, so I really didn’t think anything of it.

And no because believe it or not, I found West Africa to be a really safe region to travel around as a solo female. Much safer than most of the 50+ countries I’d visited before. This is for a number of reasons.

The first is that unlike in countries of Latin America, for example, there’s hardly any criminal gang activity in West Africa. In the words of my American friend who lives in Dakar, “Nothing in well-organized in Africa, not even crime.” 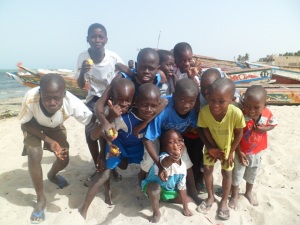 Secondly, as this is one of the poorest regions of the world, most people couldn’t own guns even if they wanted to. Their priority is to put food on the table on a daily basis, not to buy ammunition for their imaginary AK-47s.

Thirdly, West Africa just does not have a tradition of robbing or being violent with tourists. I don’t know if it’s because of religion – Islam, the main religion in the area, orders Muslims to take good care of visitors- or if it’s because of some other cultural traits.

African life is generally very community-oriented and criminal behavior isn’t tolerated well. In fact, it’s a surefire way to isolate yourself and to turn into an outcast. Who would want that?

So for the most part I only met people who were incredibly friendly, hospitable and nice. Rather making an enemy out of me the locals wanted to be my friend – inviting me to their homes to stay, teaching me their languages and showing me around town. 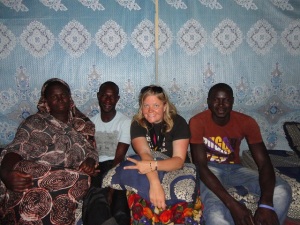 Sure, some folks only saw me as a rich foreigner and expected me to shower them with  lavish gifts or help them get visas for Europe, so of course there were some subtle efforts to take advantage of my presence. But not once did anyone try to reach for my wallet in a pick-pocketing effort.

In fact, of all the foreigners that I met over my time in Africa, not a single one had been mugged and only one managed to get his camera nicked from his pocket in the busy border post of Rosso between Mauritania and Senegal.

After my robbery, Titi, the Senegalese manager of my guest house Chez Titi, tried to console me: “You know, you are not the first person this has happened to. Six years ago a French lady also got robbed here.” Geez, SIX years ago?! So what are the odds that this would happen to me? I should play the lottery more often…

In his 20 years of living in the Bijagos Islands, Titi recalled hearing of three robberies before my case. THREE.

Comparing this to the stories of travelers in Latin America where you’ll hardly meet a person who has not been robbed or mugged, the difference was staggering. (Though despite traveling in Latin America for more than eight months in total, I’ve never been robbed there. In Guatemala City I had a close call last year but managed to run away.)

So go on guys and especially gals – travel to West Africa if you are interested in the region and don’t be afraid of going at it alone. At least not from a safety perspective.

(Surely this cute chimp from The Gambia’s Baboon Island agrees!)

You are more likely to be mugged or robbed at home than to encounter the kind of a rotten apple  that I did. And even I could have probably avoided my uncomfortable fate by asking my friends to walk me back to my guesthouse that night.

So no, I was not asking for trouble by traveling to Africa alone. But since I did find it – who knows, maybe it was just my time to get mugged, in honor of my 12-year globetrotting anniversary. So unless you’ve got the same celebration coming up, I’d say you’re fine!