While traveling around Central America this past winter, my sleepy friend Mira and I visited the secluded and miles-long Los Brasiles beach on Nicaragua’s Pacific Coast. Located on an island near Poneloya, the place is only a 30-minute bus ride and a 5-minute boat trip away from the bustling colonial city of Leon, but feels worlds apart. 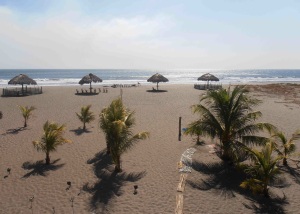 The only guest house on the beach is the laid-back Surfing Turtle Lodge,  named after the two things people come to this Brazilian-style sandy playground for: the wild waves and the cute baby tortugas. The latter is what this week’s travel video is about, as we were lucky to witness six baby turtles being released into the ocean during our visit. (After the turtle eggs hatch on the beach, the lodge raises the youngsters in their nursery until they are old enough to fend for themselves against the big beasts of the ocean.) To avoid contaminating the little ones with human smells, we had to wear plastic gloves when placing them down on the sand. 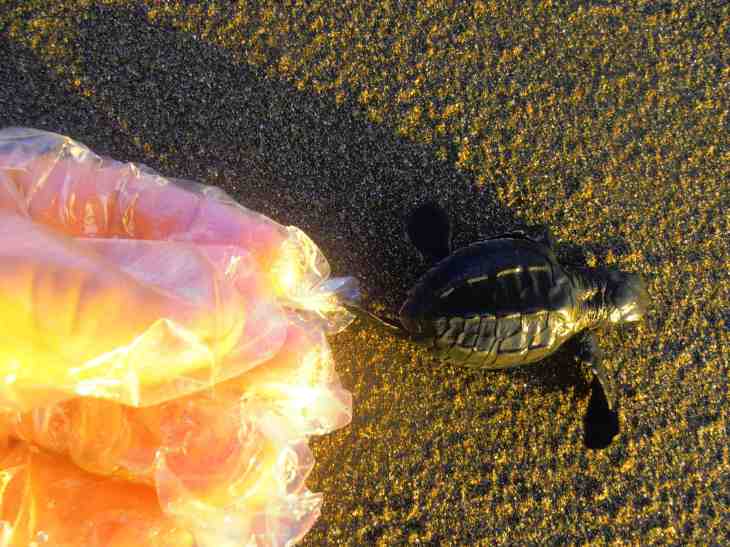 Here’s my turtle – Pete Jr! (The original Pete The Turtle resides in the Maldives, and was named by my 2010 Maldives travel buddy and photographer friend Mariana Keller).

It was truly endearing watching the little fellow battle his way across the beach into his new home (the Pacific Ocean), and that’s what this clip is about. The background music is courtesy of my awesome music producer brother Erkka. The song suits the footage perfectly – is Pete Jr. walking exactly in sync with the beat or what?! Cuteeeeeee. 🙂

Anyone else love turtles as much as I do? They are my favorite animals! Have you seen baby turtles being born? It’s one of my long-standing dreams.